24.05.2021. In Baka language ‘Musungui’ means, ‘to help one another’. The spirit of ‘Musungui’ is what best describes INTERHOLCO’s ALLIANCE: the ability to deliver solutions, joining forces. One of the solutions is, in fact, listening. Listening makes it possible to pinpoint key factors, measures that need to be improved at strategy level.

And to reach out to those with the right know-how, such as local authorities, NGOs and scientific experts.

Each forest is, in fact, a landscape. The projects of forest inhabitants are part of it, as their needs and aspirations. Indigenous peoples are one of INTERHOLCO’s stakeholders. A working definition of ‘stakeholder’ in this context could be, ‘the people who have an interest in the activities led by IFO, INTERHOLCO's production company’. Stakeholders are not inert spectators. Timothée Epoutangongo, one of the social investigators working with our Social Team in the Ngombé forest, knows this well. 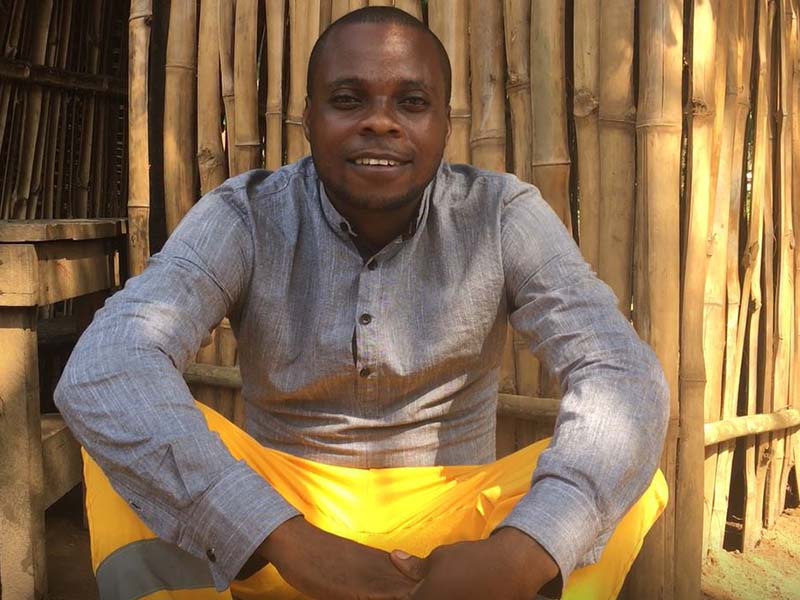 Born in Ngombé and raised in Balouma in the North of the Republic of Congo, Timothée’s family belonged to the indigenous Bangombé people. As a Baka child, he would go to Ouesso (about 5 km from Balouma) to study. He had trouble attending school. The children of the villageois, they looked down on him, a Baka.

When Timothée joined INTERHOLCO’s production site IFO, in 2006, he became an important asset for the IFO Social team: ‘I am fluent in the local languages and facilitate communication between the IFO social team and the indigenous Mikaya, Bangombé, Mbendjelé and Mbaluma peoples. They trust me because I understand the difficulties that they face.’

With an estimated population of 16’000, including around 6’000 people living in the Ngombé forest, INTERHOLCO supports and uses FPIC as defined by the UN Permanent Forum on Indigenous Issues, as adopted by the International Labour Organization (ILO) and as implemented by FSC®. But in the forest villages, INTERHOLCO has no jurisdiction. Timothée gives an example of what may happen: ’Some people come to our village and harvest wood, giving nothing back to the communities. They say, ‘I have the permission of the Ouesso authority,’ or ‘I have paid the chief of the village committee’. But they don’t show us any papers! And the community does not receive any compensation.’

In the Ngombé forest, the animal and the tree are inseparable, not only for the fight against poaching but also for illegal logging, says the coordinator of the eco-guards, José Blanchard Bokandza. ‘We make sure that there is no illegal felling. In the community development series (excluded from the concession agreement between INTERHOLCO and the state), no one can just go and cut down a tree, there is a procedure to follow. They have to get permission from the administration. If not, we seize this wood that we assume is illegal.’

INTERHOLCO listens to the concerns of Bantu communities and Baka peoples, who are encouraged by the IFO social team to use its internal alert and complaint resolution mechanism. In 2017, the village of Ngombé Carrefour would use the resolution mechanism with help from two NGOs, Observatoire Congolais des Droits de l’Homme (OCDH, Congolese Human Rights Observatory) and Forest Peoples Programme (FPP). During 2018, IFO worked with the local communities and indigenous peoples of Ngombé Carrefour as well as with NGO representatives, to provide satisfactory responses. Before the end of 2018, a solution satisfying the diverse interests was found. 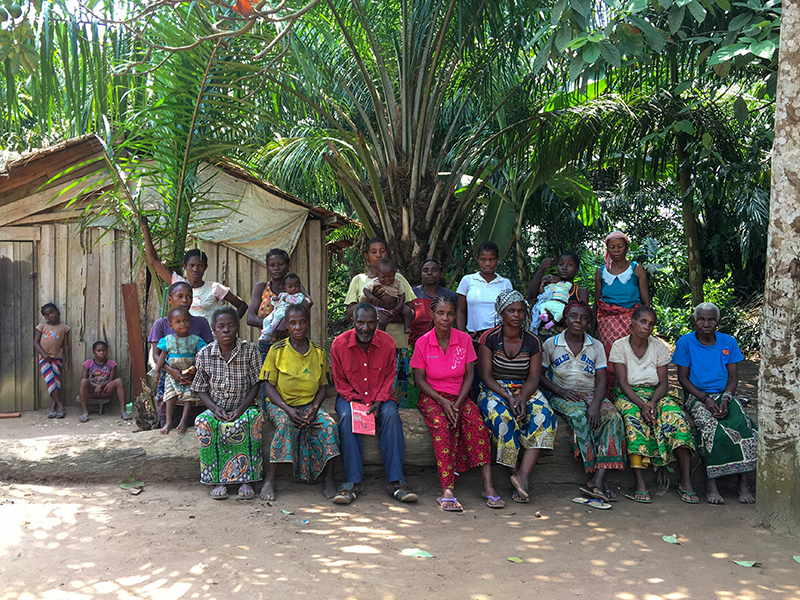 Some inhabitants of Ngombé Carrefour found it difficult to understand why the Baka, around 30 people out of 352 inhabitants, would have free access to healthcare at the IFO medical centre.  Thanks to the facilitation of the NGOs which took part in the exchanges, the IFO social team explained that the Baka do not have much income, but that health is everyone's right and everyone should have equitable access to care, according to their means.

Then, part of the population thought that a water spill would pose risk to their fields. Several meetings were held. First of all, IFO presented how its water treatment plants ensure the production of drinking water. In addition to daily analyses of the acidity/basicity of the water, samples are regularly sent to accredited laboratories for verification of potability: IFO complies with international values to ensure the chlorine concentration and the potability of the water, such as the European Union framework. Then, an inspection of the treatment plants as well as of the sewers on the banks of the Sangha river took place in the presence of Mr. Victor Mambou, representative of Ngombé Carrefour. The inspection showed that the discharges from those sewers only contain rainwater waste, with traces of mud from the gutters, but no contamination. The representative of Ngombé Carrefour was happy about the outcome and planned to inform the village inhabitants on his return.

The benefits that communities receive from IFO through FPIC can be social projects, such as building useful infrastructure, or financial compensation for harvesting trees. Those financial benefits are administered by the representatives of an independent Local Development Fund. Each village selects a certain number of projects, those that are voted receive the funds. Not everything is easy and jealousy may arise. Something that makes Timothée’s role all the more important: ‘I work with the communities and, as a result, I can see the reality on the ground. I even created an initiative in the village of Ngombé Carrefour specifically for the local people. It is called "Musungui", which means "mutual aid" in the Mikaya language.’ 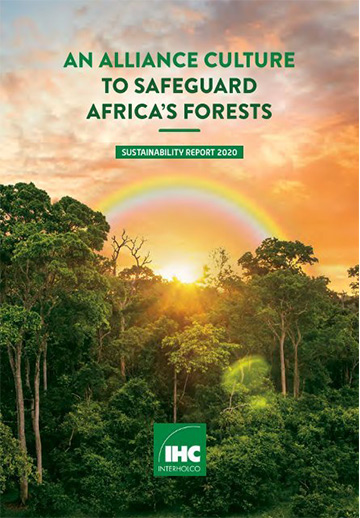 Our actions to advance the United Nations SDGs

Cookies make it easier for us to provide you with our services. With the usage of our services you permit us to use cookies.
More information Ok